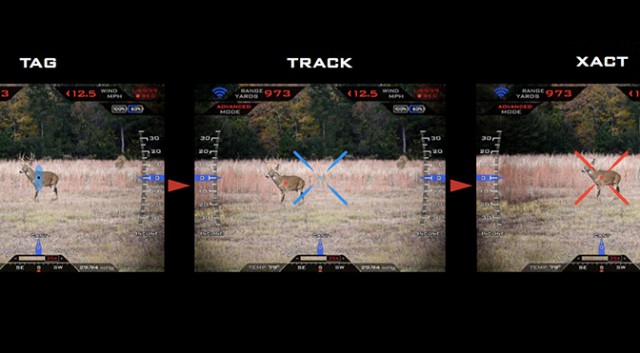 At CES 2013, thanks to a company called TrackingPoint, hunting rifles can now be considered a part of consumer electronics. Starting at $17,000, TrackingPoint is launching a range of Precision Guided Firearms (PGFs) that use a Linux powered scope and other advanced technologies to provide shooters with real-world auto-aim.

The image above may look like an augmented reality HUD from Terminator, but it’s actually exactly what you see when looking straight down a TrackingPoint scope. Rather than lookin directly down your scope at the target, you instead look at a small digital display that has HUD-like data overlaid. The augmented view shows range, wind speed, and other important info for hitting your target — but as you’ll soon see, this data is rather superfluous.

Once you’ve picked out a target, you touch a button near the trigger to mark it. The target is then monitored by the scope and its built-in laser. When you want to fire, you pull the trigger — but rather than quickly firing, you then line the crosshairs up with the target. When the crosshairs line up with the laser dot, the rifle automatically fires. According to Ars Technica, the built-in Linux computer system automatically accounts for temperature, humidity, wind speed/direction, the age of the barrel, and more, to guarantee that your shot hits the target.

The ending result, as you can notice in the graph on top, is a massive increase in accuracy. The TrackingPoint .300 Winchester Magnum PGF is 100% accurate at a range of up to 950 yards (870m); the unmodified version is only 100% accurate at up to 300 yards (274m). You do need to use special, expensive ammunition made by TrackingPoint — but the company says that you’ll ultimately save money due to the increased accuracy, and thus less ammo used. If it doesn’t upset you to see animals being hunted, the video at the end of the story provides you a good idea of how a PGF works in training.
Beyond aim-botting, TrackingPoint’s Linux powered scope has a few more tricks up its sleeve. For a start, it records the output from the scope, so that you can download and watch your very own point-of-view hunting videos. You could of course upload these videos to YouTube.com, if you so desire. The scope also has a built-in Wi-fi server, which can be connected to from the companion iOS app, allowing your friend with an iPhone or iPad to act as a spotter. For the $17,000 price tag, you actually get the rifle and a pre-configured iPad — what a steal. 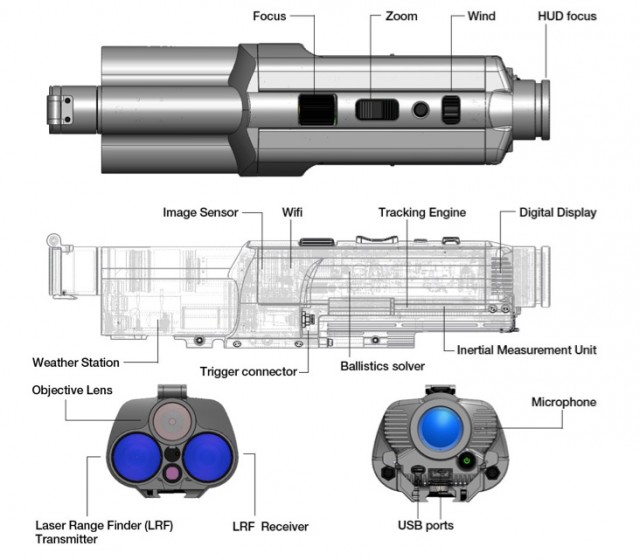