Who cares about Kim Kardashian? Apparently, you do.
Yahoo released its annual list of Top Searches and Kim Kardashian was the most searched person of 2012. 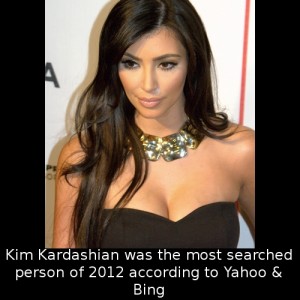